How small changes can make a big difference

Following 3 weeks of cutting out Mochas and wine but not actually really doing anything else I have lost 6lb which is a great start and just goes to show, as Ben said, little changes in lifestyle have a positive impact on everything including my mindset.

My first time in the gym was a bit of a shock to the system as it really has been so long since I have done anything. I was a little nervous before getting there and went home feeling hotter and sweatier than I can remember but equally felt surprisingly positive about it all, and actually quite enjoyed it.

So, I have started going just twice a week which is probably for the best to begin with as its already way more than I had been doing previously and I was a little stiff the next day and had seriously heavy legs!!   It didn’t last long as I had expected though, and I was pleasantly surprised that the warm up in session 2 made my legs feel better and not worse as I was expecting.

I have found a new love for water!

Its never been my favourite thing, completely bland and I have always opted for squash instead. When exercising, water is helping me through!!  I really do feel it helps having a drink after a set of exercises 😊

I drink around a litre in the session which is great because it’s something I’m not that conscious of doing while at home and work and I know I don’t drink enough. At Suffolk Strength Academy the coaches are always talking about other ways in which you can improve your lifestyle and make yourself feel better, not only in the sessions but as a member of Suffolk Strength Academy you benefit from being part of an information group chat where both coaches and other members share tips and advice.

Here’s 11 reasons to drink more water and ideas to help you if …. like me you struggle to make sure you get enough in throughout the day – http://bit.ly/2oiYpul

The second week in the Gym was great (BLOOMING hard work still) but I actually didn’t ache that much after going, don’t get me wrong I knew I had been, but I didn’t feel like my legs belonged to someone else!!

Feeling positive has made me concentrate more on starting the next step with what I’m eating.  Breakfast is something I normally go without as I just don’t have time to get it sorted in the mornings, but I am going to make a conscious effort to prioritise breakfast even if its something simple to start.

SO what if I rush around in the mornings there is no reason I can’t get it ready the night before. I have a smoothie maker, so I have decided to get the stuff in at work and make it part of my routine that way.

Ben’s advice was it is not essential to have breakfast every day to start the metabolism, which is a common myth and one that I certainly used as one of my excuses “ I can’t lose weight easily because I don’t eat breakfast so I must have a slow metabolism” but apparently it is more likely I will eat more throughout the day as a whole as a result of not eating breakfast so I might as well try and eat breakfast

Getting organised for the week ahead is going to be a huge part of my journey I think!!

Suffolk Strength Academy has created a non-intimidating training space that delivers an experience and an atmosphere that keeps its members coming back week after week, year after year. Training is enjoyable, focused and always purposeful, designed to deliver results that make a real difference in its members everyday lives.

Check out Suffolk Strength Academy’s personal training opportunities here.
< PREVIOUSNEXT >
Mindset is everything
Why now and why will it work this time?
How small changes can make a big difference
Contact UsFind Us
Terms & ConditionsPrivacy Policy 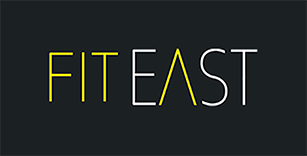